Save 15% On Select Boots

Free Ground Shipping On Orders Over $50

We Partnered With Boot Barn To Offer You Free Same Day Store Pickup.

FREE GROUND SHIPPING ON ORDERS OVER $50: Valid on Economy Ground only. Must spend $50 pre-tax to qualify for discount. Prices as Marked. Limited Time.

Since 1883, Lucchese has meant the finest quality in handmade and handcrafted boots. Known as the best cowboy boot for over 100 years, Lucchese master boot artisans complete over 100 steps to create a handmade Lucchese boot at the Lucchese factory in El Paso, Texas, U.S.A. Lucchese Boot Company is particularly famous for their twisted cone last, which assures a cowboy boot fit and feel like none other. Owning a pair of Lucchese boots says that you will not settle for less and you demand only the best in cowboy boot materials, construction, and craftsmanship. Often referred to as the most comfortable cowboy boot, Lucchese understands the concerns of everyday living and addresses them by creating boots only made of premium materials and handled with the utmost care. For any man or woman who appreciates the finer things in life, there is no cowboy boot that compares to a Lucchese boot. Explore our Men's U.S.A. Crafted Lucchese Boots Collection or Women's U.S.A. Crafted Lucchese Boots Collection at Sheplers.com and expect to be impressed!


Sam Lucchese began his American dream in 1880, when he and his brother Joseph moved to the United States from their home country of Italy. They worked for a boot shop in San Antonio, Texas, providing boots to men from nearby Fort Sam and area ranchers. By the year 1883, the Lucchese family in America was six brothers strong, and the Lucchese Boot Company was established. 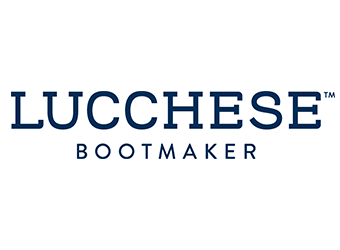 Thank You. Your request has been received.